He friended me just after Thanksgiving, Week 13 of regular-season football this year. He wanted to know if I was the same Lisa who studied marine science at a certain East Coast college for a summer semester back in the early ’80s. I was. I am.

The inquiry catapulted me back to when I was nineteen, unattached, uncommitted and looking for adventure and high excitement. The college town was the perfect place: the program was good and the ocean was practically outside my door. Those were my only two requirements. Because I had never been to that campus before, it also offered the added and unexpected luxury of absolute anonymity. That summer I worked nights tending bar and went to school during the day. Class was held onboard an outrigger trawler. All I wore were sneakers and a bathing suit.

I logged in and clicked on his name. He looked almost the same. Well, maybe not. My memory from that summer is vague. His personal profile revealed where he lived, that he had three kids and that he was married.

We began to chat. Like me, he left the dream of a career in marine science behind and settled for a standard paying job. Like me, he had a parent suffering from dementia. He remembered I had a hand-painted car; I remembered his vast collection of records by The Who. I told him I hit a deer while driving on a dark road the previous weekend; that same night he sat in his car in the parking lot of the Nassau Coliseum until midnight while his teenage daughter attended a hip-hop concert inside. He offered his cellphone number and urged me to call and keep him company during his long commute to work, but I would never do that. I’m married, after all.

One night, he posed the question: Does your husband mind that you are chatting with me? I was immediately conflicted. Why would he mind? Were we doing something wrong? The multiple messages we exchanged each day online did not interfere with my family life or my work. But each note produced a thrill in my body, like a quick shock of static electricity. It was exciting. It was fun. It was a little addicting.

While my husband scrolled through the newspapers on his Droid in the evenings, I chatted with my friend on the laptop. His comments often made me blush.

“Who are you talking to?” my husband asked as we sat together on the couch watching a football game. It was the very end of December, the end of the regular season. The Ravens needed a win to secure a playoff spot.

“I don’t think I like you talking to old boyfriends,” my husband challenged, with one eye on the television.

“It’s just writing,” I said. My computer chimed: I miss your laugh, my friend wrote. You had the best laugh.

“Fumble!” My husband shouted, jumping up. I moved the laptop to the coffee table, out of the way. The Ravens were ahead.

“We could be going to the Super Bowl,” he said. His voice was low and guttural, practically churning with restraint. I flashed my eyes at him. In twenty-five years of marriage, I’d learned a few things about the game of football.

He took both my hands. We faced each other and synchronized a few overly dramatic breaths. The players were ready on the line. My husband tossed pistachio nuts into his mouth, nervous with anticipation; the shells scattered on the table.

My laptop chimed again. Remember the night we went to the J. Geils concert? A hot flash of sexual memory flared inside me. I remembered. And I remembered what we did after the concert in the car, and again later in his dorm room. You never forget things like that.

Cheers surged from the stadium on our big-screen TV, filling the living room with charged energy. There wasn’t much time on the clock. All we needed was a first down, and the game was ours. Joe Flacco, the Ravens’ quarterback, released the ball into the air: a tight spiral, a perfect pass. The receiver stretched his long arms past the defending cornerback and trapped the ball against his chest. We had the first down.

My husband held out his hand and dropped a pile of shelled pistachios into my palm. He knew I didn’t like to break the shells open myself.

I closed the lid of the laptop. A few minutes later, the clock ran out, and we won. 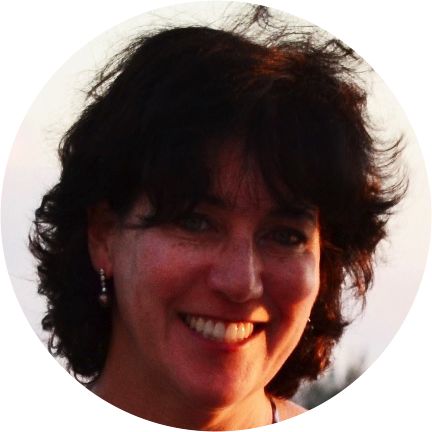 Lisa K Friedman is a writer and essayist. Her work appears in The New York Times, Huffington Post, Smithsonian, and other magazines.