No City for Young Bloods

Brown. Everything brown. Brown is the weight and hue of this city. The mud that fights with tar on the long stretches of roads, the faded roofs of buildings that cannot release one another like Siamese twins, the pigment of aged folks that ply the environment. Brown. A pallid, pale picture that has extended as the sign and signal of this ancient part of Nigeria's southwest. If you manage to navigate the rancid forwardness of the chromaticity, you still must adjust to its anachronistic presence looking at you from every corner.

Compulsory service to my nation brings me to Ibadan. One year as a corps member. But Ibadan shows me it has its own plan. Ibadan has its own music. A slow-paced, sluggish, waist-strapped diminuendo. Moving from the high-octane, hard-metal breathlessness that Lagos stuffed into my consciousness, this unripe facsimile of Lagos is a laggard highlife song. For the few weeks here have poured out its oohs, odds, and offs.

The people here are slow. Stagnant. Like hills unperturbed by rain or sun, they make no haste or hurry. But their minds are fast when they notice a stranger.

It is as mundane Monday morning. An okada pulls up close to the sidewalk. I flag him down.

"I'm going to Oluyole Estate. How much?"

"Three hundred," the man says. He is slightly corpulent, middle-aged. He studies me briefly then averts his eyes. I know he has inflated the price. But I am not going to be outdone.

"Ahnahn! Three hundred for Oluyole Estate from here? No o. I will give you one-fifty." I do not know the area. But I will not allow myself to be tricked by these opportunistic lots.

"Is it only you I will carry? Because if it's two people, you will pay the one-fifty."

"See, I don't have three hundred. Please, carry me. I only have one-fifty. See?" I brandish the tousled notes at him. "I'm a corper. You know they say corpers don't have money."

"Why are you doing like this? I have only one-fifty."

He contemplates for a while before he finally concedes. "Because you be corper."

"Thank you." I give him a chuckle.

I sit down and think about my impending interview at a hotel office in the estate. I had run away from my original place of primary assignment in a pastoral neighborhood called Ibarapa. Save for the scenic landscape of rocks towering over the thick presence of forest trees, largely evident as a village prototype, Ibarapa was devoid of the basic necessities for the twenty-first century youth: light, passable medical care, network coverage, and a bank. Ibadan is a better place, and I am seeking relocation.

My hands grip my document folder steadily as the rider ignites his machine. The okada bucks through the traffic. Fountains of air hit my face, my eyes, with dust and sand. I slipstream through Ibadan.

Community Development Service is for Thursdays. I have been reposted to Ibadan. But this time, my place of primary assignment is the Ministry of Tourism. It is soft work. I bet Falz had had an encounter with a civil servant from this Secretariat before conceptualizing his "Soft Work" song, because the only activity at this workplace is to warm the chairs with our butts and delve into trifling, trivial, and sometimes, tacky discussions.

I see watermelons. Watermelons well-peeled, served chilled with toothpicks. The watermelons that are specimens of womankind, with striking anatomical contours. They are all here to do the citizens' job of serving their country. It seems as though everyone posted to Ibadan are sent to this local government area in the north; numberless youths. I also notice familiar faces from camp. For many of them, like me, the joblessness of working in any of the ministries came at an opportune time. At this point, an additional place of work is, if not necessary, compulsory. It already seems like Nigeria is serving us.

They are here, too. I do not know how they do it. These ubiquitous teenagers who appear at different places. They come in a suppliant mien, never speaking but letting their gesticulations do the talking. In twos or one after another, they come. They accost me, palms clasped together, crouching and standing, as rhythmic as a pendulum. It is a performance, signaling me to give them money. I never have anything to give.

A week before, two young boys dressed shabbily approached me as I alighted my ORide. I did not have to tell them that I had no cash; the rider issued a monition. "I think if he says he does have money, he will give you? As you can see, he does not have any money. Hurry, start going. Leave him alone and stop making fools of yourselves." I averted their gaze. Their theatrics were becoming ridiculous.

Friday. It is the first time in the month he has reported to the Ministry. He has become a ghost. He is a poltergeist that haunts the office whenever it is time for clearance. There are many like him. This beautiful young man, draped in white shirts atop ash pants and Timberland boots to complete the equation, joins the heap of corps members who frequent these offices. He knows I am new here and we strike a duologue.

"You're Batch C, abi?" I ask him, expecting to get the affirmative.

"Yes. Of course, you have to be Nineteen B?"

"Yes. But omo, nothing happens in this ministry o. People come here just to gossip."

"Whenever I come here, my IQ is reduced. Nothing happens here."

"Seriously. It is time to look for another job. The thing is, these Ibadan people, they don't want to pay good money."

"Bro, see, I tell you: nothing happens here. There's no money here. No better hustle here. I'm not gonna lie to you. You make all your money in Lagos and come here when you want no person to disturb you." He adds the last sentence with utmost saliency, "Their mentality here low. This is no place for young people."

Afternoon is already established. Every corps member in the office decides to disperse. I also carry my idle self away.

I arrive at the street where I usually lay my head. Old Ife Road vouchsafes a Catholic Corpers' Lodge. But there is hunger, searing hunger. My chest is getting stoked by an ulcer feeding on the emptiness in my stomach. It is three o'clock. After downing only bread accompanied by worthy cohorts—groundnut, bean cake and beans—for two consecutive weeks, I need a change of diet. I spot a bukateria, looking like Hell's abandoned kitchen. I enter the dodgy insides. A table set with used cups, plates and spoons must wonder what a stranger like me is doing here. Squeezed pure water sachets mock my presence. But I do not mind their petulance. Only a hunger that humbles even the most selective taste buds would have brought me here.

"Give me rice worth one hundred Naira," I manage to blurt, in a sickening blend of Yoruba and English. "Do you have beans?"

"Bẹ́ẹ̀ni." The aged woman mutters. Yes. She is visibly rotund and I cannot help but notice the dewlaps that wear the flesh of her triceps dangling as she moves the long spoon to add my order to the fairly neat stainless plate. "Should I add meat?"

She completes my order and adds a river-full of stew. "Gba." Take.

Brunch is served. I sit down in the small room, and as I plan my conquest of this small heap of edibles, I notice I am not alone. Some hungry flies have been planning a bushwhack. My spoon becomes a sword. I ward off wave after wave of the Spartan flies who come to deny me this one satisfactory moment. I finally win and fortify the precious meal. In minutes, I erase the existence of the chow. Two sachets of water help the food settle for proper digestion. Sweat pours out freely from my dilated pores. I manage to survive for the day. I leave the stall and hurry to go and rest. I pay the seller her due. No thank yous are exchanged.

The road is not busy. The blazing afternoon sun begins to retreat and there is a lack of color save for the small, tasteless, wine-painted Micra cabs that contrive to squeeze passengers inside like hapless sardines in a can—three human figures in front, three at the back.

But there is an unusual stealing of glances as the bystanders, mostly men and women around sixty, scrutinize a rare spectacle. Returning school children have their eyes covered by startled mothers, roadside idle mechanics busy their time with whispering to themselves the probable cause of the situation, and okada riders, kiosk sellers and other supernumeraries bid the moments with this display. An exhibitionist walks in the calefactory weather. She descends to the place I had ascended from. I analyze her appearance, and she becomes an object of my commiseration. Her bare youthful chassis is paraded to any and every eye that wishes to enjoy the free show. If only sanity was around to tell her that she is too beautiful and shapely to auction her assets. A torn lace swaying from her left hand, she keeps talking to herself as though drowned in some sort of bizarre reverie.

I arrive, exhausted, to my new domicile. Evening prayers have just begun. Oh, it is going to be a long night!

The moon starts to observe its night watch. The clouds, as per their usual routine in this state, begin to prematurely ejaculate raindrops. They eventually stop, leaving a strong, solid petrichor. I am in the room, on my bed, lying like a vagrant. The six bunks here remind me that this is only an improved extension of a camping experience.

"Make una come o!" A voice tinged with horror, surprise, and victory calls from the front door leading into the mock dorm. I rise, my sleepy eyes immediately become wet with vigilance. A stray snake has been slain. Eleven forty-five and we are out to analyze the savagely splattered head of a two-and-half foot reptile. The assailant, or savior as might be accrued to him hereafter, takes no haste in making sure the poikilotherm does not manage to navigate into the closed doors. Only the guys are outside now. The unisex lodge has the female occupants snoring their way deep into the cold night. We dispose of the decapitated ophidian and prattle about the need to weed out the surrounding overgrown grasses that condescend to engender a hideout for such wild animals.

I lay on the bed again. This time, my mind meanders, casting wagers on my chances of survival and success, and finally settles on the Yoruba saying: A good beginning is of no value unless one perseveres to the end. Good proverb. I am inspired. Roll out the talking drums. Curtains.

Notes from the Author
This story was influenced by many things: Watchmen (2009), a film; Abayomi Folaranmi’s “Two-way Streets”, a short story; and “No Country for Old Men” (2007) a film. These three sources where the primary armature for the language, style, form and the title of the work. Also the story generally speaks of survival and adaptability. Interestingly funny, you would notice that after reading the story, every young person who appeared was “useless”—whether it is the narrator or the underage beggars or the naked lady and so on. To conclude, this story, like most of my stories, was written in batches. I think I got the end of my story before I even got the beginning. 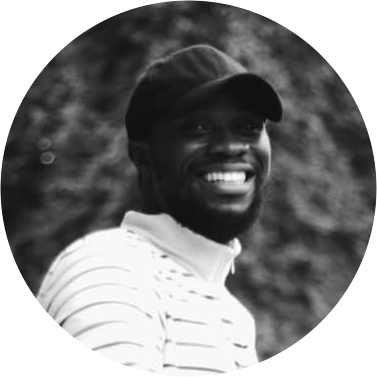