I address myself to students of foreign languages: et venio in campos et lata praetoria memoriae, ubi sunt thesauri innumerabilium imaginum de cuiuscemodi rebus sensis invectarum (St. Augustine, The Confessions, X,8). In other words, kidnapping the old woman taught me far more than the respectable methods of Maximilian Delphinius Berlitz ever could. Kidnapping her goat was a boon I couldn't have foreseen.

"Citizen!" I hailed her as I strode through the summer-high field. She was enjoying a spread of lightly pickled cucumbers and black bread while her goat, tethered nearby, ripped the grass down to the dark Russian soil. "Citizen, you will prepare me a pot of cold borscht."

"What?" she enounced, a single word shot like a fascist-seeking bullet, and not because she'd failed to comprehend my peculiar accent and deviant Russian grammar.

"Or else I'll bite your bottom," I said. "Let's move. You'll see that the tongue can indeed get you to Kiev."

She wrapped up her modest feast and clipped a leash to the goat. "I go nowhere without Zinka, not even to Kiev."

When we passed the tractor parked at field's edge and the woman didn't try to alert the snoozing driver, I knew she was going to be a docile hostage. Such taciturn acquiescence, writ large in the annals of the national history, had always frustrated me. After all, I didn't require an automaton but a life-force of impact and entertainment.

I gave her a blindfold and marched us along the disused tracks to my apartment. She swayed, I hooked arms. "Last week 4,137 Muscovites were arrested for public drunkenness. 1,303 were detained overnight. Were you one of them?"

Yesterday the elevator had smelled like carcass and wet fur; now it smelled of gasoline. I removed the blindfold. The latest rash of graffiti—a phallic cult had tagged our barren Brezhnev suburb—didn't seem to embarrass her. Zinka showed alarm by butting the elevator doors.

While she was chopping and muttering in the kitchen and the goat was pacing the concrete balcony, I telephoned my friend. "Len, big developments here. Dubbed, muscle-bound action heroes are no longer my teachers. I've turned off the TV and taken the proverbial goat by the leash. Remember what I told you about creating situations that make a strong impression on the senses? Like my dream about Stalin? ... Weren't you listening? And about overlaying them with Russian? … Because I've kidnapped a babushka and her goat and she'd be a perfect specimen for your coffee table book. She has the hugest hands you've ever seen on a woman, and she's built like an Armored Personnel Carrier. She was a sharpshooter in the war and takes responsibility for forty-two German corpses … Typical babushka clothes. Flowered headscarf, clunky shoes. Her nylons are classic. They're really thick and bunched up at the ankles. I don't know if she has varicose calves, but you'll be in time for borscht and a stellar photo-op if you hurry. I have to attend to the lovely Zinka."

Zinka kept scratching her hooves on the windowsill and rattling the double pane. "Will Lenin give her indigestion?" I asked, pulling a tome from a shelf full of classics that no one bothered with anymore, now that they had so many down-and-dirty diversions. "Or is Gogol more nourishing?"

I admit that I had to look up indigestion and nourishing, but they were at once laid into my well hedged Russian exchequer, which already included such treasures as I am the plague, and I'm Russian, don't hit me, in the event that I was accosted by nationalist baddies. More pedestrian expressions, however useful—those for inquiring after the price of a cabbage, for buying a long-distance train ticket, for analyzing the weather—were never instilled so poignantly in memory.

I chucked a copy of Gogol onto the balcony. The woman gasped and crossed herself with three fingers. There are miracles yet to be countenanced.

At last the soup had cooled. I set out bowls, spoons, and a container of sour cream. The borscht looked gorgeous, chilly maroon broth floating with grated beet and a hardboiled egg. But she refused to touch it. I ordered her to slurp it down—it was delicious, the best borscht I'd ever eaten—but she pushed the bowl away and fixed me with her anti-Nazi gaze. I knew then what the doomed Germans must have intuited, their bowels as suddenly slippery as seconds in an hourglass.

She reached under the sink for a can of aerosol, shook it twice, and with deft swooping motions and a soft seethe, sprayed our bowls and the contents of the perspiring pot. A ticklish mist tumbled against my face. "Speechless now, aren't you?" she said, she who was helping me incarnate the breathy soul of so many words and expressions, the very codes of human life.

I could have thrown her out of the window, and Zinka too, but I already possessed the words for scream, fall, infarct, splatter, murder, pronounced dead, also the spiritual vagrancies which may or may not attend thereafter, and in any case, the aroma of beets crossed with the whistling stink of cockroach poison made for a more inspired conceit. Speechless I was not.

Though it might be assumed that we had reached the end of her acquiescence, she put on the blindfold of her own accord and accepted an escort down to the quiet leafy courtyard. I spun her three times, then leaned in whispering: "What is Russia without you? Without its old women, thick of thigh and big of spirit, the center would never hold."

I ran away, up onto my balcony, from where I could still see her, leash in hand, blindfold on, a woman trembling before the uncertain. And then there was Len racing to capture my two edifying victims in a series of silver-gelatin prints. She only moved off when Zinka began tugging at the leash in search of better fodder. I kicked the gnawed copy of Gogol into the courtyard.

In the end, one minor pleasure was denied me. The following week's crime report for the Moscow metropolitan area made no reference to the kidnapping. I had too much work ahead of me to fret over publicity, however. With the image and the tongue, I would raise edifices ever more spacious. In them would dwell the words made flesh. Among them I would dwell.

Notes from the Author
I was living outside Moscow when I wrote this story and enjoying another failed attempt to learn Russian. I had my sights set on being able to read Dostoevsky, Tolstoy, Gogol, etc. in their original language, and I spent a good amount of time wondering how I could more effectively learn Russian (and teach English). 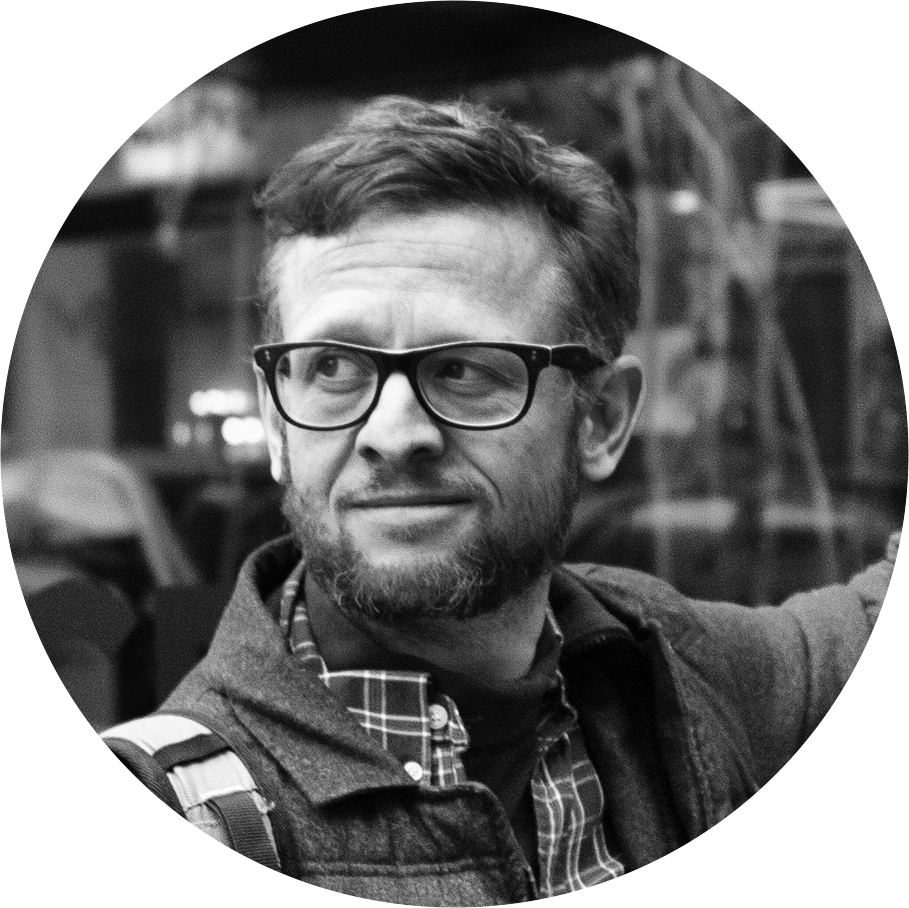