I know that they will appreciate seeing the hydrangeas in the window before they step through the door. I trim their stems over the kitchen sink and fluff their leaves out of the top of the vase. Standing back, I admire my work, then leave a note on their counter that says, "Thank you for letting me take care of your lovely house."

They call me only a few hours after I've left. She says that I'm on speaker, her voice bright and energetic. Tortola was absolutely amazing, she tells me. "You wouldn't believe how different the water is there. So much less murky than Rhode Island. It makes you unafraid of everything."

"That's great," I say. "Does the garden look okay out back?"

"Oh, it looks amazing, thanks for taking care of it. And the hydrangeas! Thank you so much for those, they're beautiful," she says.

He is on the line now. "Yes, thank you," he says. "We got something for you too. You've got to come visit us this week to get it, though."

He runs marathons in secret, never posts about them on social media. I love him for it. At their Wednesday dinner party, I tell him that I used to run track in high school, a secret I have long kept because I no longer look the part. He smiles, a glass of neat Caribbean rum in his hand, and says he could help me get back into it if I wanted to. I start skipping church so that we can run together Sunday mornings, and something about it has the same rhythm as hymns.

She leaves me a longer note the next time that I housesit. This time, she tells me about the open white wine in the fridge and tells me I can sleep in their bed if I want to. I lay on it like I'm about to make a snow angel, but instead I roll over and inhale the scent of the linen.

While they're in Nashville, I run around the neighborhood without them, and a young woman with a terrier recognizes me. She asks if I've moved in recently.

"No," I laugh. I explain the complex situation with labored runner's breath.

"You all are so close," she says. "I love to see things like that. Sometimes I feel like I'm too old to make new friends."

"That's not true," I say. "The world just makes it harder on us. But yeah, they're great friends. I love them."

The first time we have sex together, there is a dog barking outside. It's hard for me to concentrate on myself, let alone two other people. After a while, I stop and ask them if we can put some music on. They both scramble for their iPhones and laugh when they realize what the other is doing. I love how earnest they seem, about the iPhones and about the sex. I've never had two people try so hard to take care of me.

We go to the Rhode Island ocean, the one that she always says she has a difficult relationship with. The sky is monochrome and gray, the ocean a darker gray. The color is dismal, I can see why she hates it.

He and I urge her to go in the water, even if it's just her toes. Together we beg her, then he pulls on her forearm and I get her wrist. Soon we've left all our valuables next to three plastic chairs and she is in up to her knees.

"I actually quit track in my senior year because I wanted to drink more," I said. He smirks a little and asks if he's tired me out. Then a realization comes over him, that I was only going on these Sunday jogs to spend more time with them, to be in their house afterwards drinking a glass of water, to buy them more hydrangeas.

She is cutting the stems off the daisies I brought today and says, "Why don't you drink with us tonight, then?" 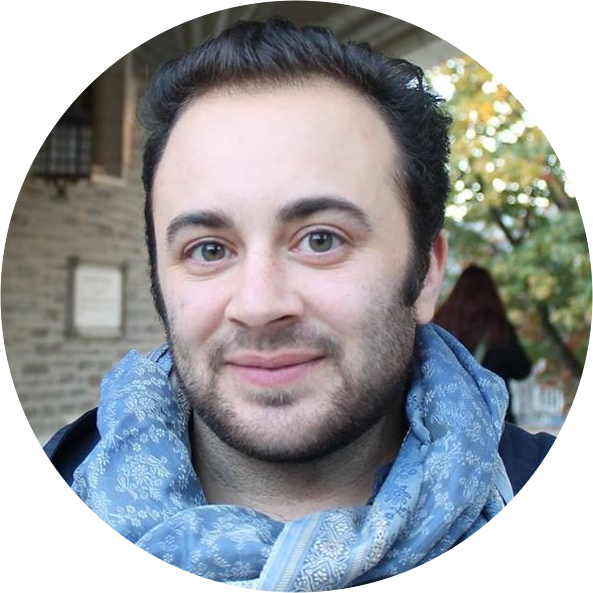 George L. Hickman is a trans/queer writer who lives and writes in Baltimore, Maryland. Follow [@georgelhickman](https://twitter.com/georgelhickman) for more.