I Am a Conservationist

Georgie is twelve and doesn't give a fuck. His tantrums extended from the terrible twos and I stopped counting when I realized it only depressed me further to keep track of how long this has gone on, realized it wasn't a phase but a personality.

Other dads I know see me at the grocery store and when I tell them how I'm struggling, they like to remind me of those preschool co-op days when all the parents took shifts for daycare and Georgie would stand in the corner, look unflinching into the eyes of whoever was in the room and slowly shit his pants. They think it's hilarious to remind me of this. There's this one dad from the co-op, Michael, who is completely gorgeous, I have to admit. His whole family is gorgeous. His wife is tall, with this curly black hair, and she has shown up in my dreams more than once. Their kids are perfectly put together; I mean, they get good grades and do extracurricular activities people actually admire, like kung fu and tennis. You know, they like to exert themselves, feel their hearts pumping, that kind of thing. They look like they've been raised on organic cream and fresh strawberries their whole lives. Those tan, rosy-cheeked complexions. My god! And their twinkly-eyed smiles that seem so genuine. Don't get me started.

My wife says it is no good to compare one's own insides to other people's outsides. You can never know what another person or family is actually like, regardless of what you see on the surface at a party or a PTA meeting. I know she's right, but I can't help feeling that somehow, we got it all wrong. Really wrong.

Samuel is our other kid though. He's younger than Georgie and has a relaxed air about him, moving through the world with a lopsided grin. He'll be fine, I know that. He's like water in a creek, everything tumbling away, easy. Nothing sticks to him.

Once, when Samuel was two and Georgie was four, we sat in our backyard under this ancient oak tree that, to be honest, was the main reason I wanted to scrape the money together to buy this ramshackle house. I am a conservationist at my core and couldn't bear the thought of rich assholes buying this place and taking down the tree. My wife liked the neighborhood and the school nearby, so it just worked out.

Anyway, I was in the yard blowing bubbles for the kids. It was one of those unusually warm spring days you just know can't last, and everything was a new, bright, green, all the fresh buds and small leaves emerging. Samuel was giggling his hearty baby laugh, sitting there like a little fatso, all wobbly and perfectly alive. The bubbles would float over and his face would light up even more. It was like one of those impossibly cute things you see your own kid doing and think for a split second you're part of something worthwhile after all. But then slowly pan the camera over, and you see Georgie stiff-faced and flat on his back, like maybe he'd started out watching the bubbles but got bored, maybe they even made him angry somehow, offended his sensibilities. He's digging his filthy little hands into the spring dirt, coming up with mud and pebbles, looking me in the eye mercilessly and shoving it all in his mouth.

With the unflinching stare that kid has always had, he tears up grass roots, and a little worm writhes in his grip. I know this isn't too abnormal or anything, kid stuff, right? But I can't take my eyes away from his eyes, and I am frozen like a damn idiot. In that moment in the deepest part of myself, I know for certain that if Samuel's joyous laughter is a part of me, Georgie's darkness absolutely is also, maybe even more so. I guess most parents would pull the kid's hands out of his mouth and wipe them off, give a little laugh and tussle his hair with a light-hearted, Why are you eating dirt, silly? But I don't do that. I just keep watching him, still like a statue. I let him eat the dirt and rocks. I imagine them solidifying in his throat and stomach like ceramic potter's clay, turning him back into earth, and his whole heavy body sinking down into the muck, far, far away from us.

I look up into the oak tree, its knobby arms reaching out in all directions, like the arthritic fingers of a wise geriatric, craggy with age. I wonder if the tree has observed my parenting, and what it thinks about the state of things, and what other moments it has observed in its hundreds of years here, and if the tree thinks this moment of ours, of mine, is the worst. I don't remember cleaning Georgie off, but I must have. We must have gone inside and I must have made the kids something to eat. Maybe we read a story, maybe they took a nap. Maybe I felt terrified for the future, and maybe I felt like other fathers besides me surely must feel: responsible but unfathomably weary. Missing something important, something innate I just can't seem to access in spite of the parenting books I pore over, the community forums I visit online late at night when I can't sleep, the hours with my therapist, who is also raising sons, but seemingly more successfully. Don't compare yourself to your therapist! my wife says. I know she's right but I don't know how to stop.

Here's twelve-year-old Georgie coming through the front door now, looking pissed. I say hi but he doesn't say hi back. He grimaces like a rabid wolverine, the front teeth he refuses to brush are yellowed already, like those of a hardened tobacco smoker. He's slamming his backpack down at the entrance to the house where we've asked him not to leave it a thousand times and heading for his video games where he can shoot and kill with abandon. He's got the wild-eyed look of a caged animal. He's an angry, old drunk in a skinny, prepubescent body, weaving around the room, knocking things over.

I want to grab him and shake him hard until he snaps out of it, shake him as hard as I can until he becomes reasonable, shake him until he turns eighteen and understands things better, or at least gets out of our house to go off and ruin relationships with other people I don't yet know, but now that I think about it, feel like I should warn.

Be careful. He'll take you down with him.

But it's too late for anything a good shake could accomplish now. His neck is far too strong for shaken baby syndrome, so I could maybe get away with it, but what's the point? I can't admit it out loud to my wife, but even she must know somewhere deep inside herself I gave up on him turning out alright so many years ago. A good shake won't help any of us at all now. It's just far too late for that.

Notes from the Author
This story is one of several I've written within a theme I would describe "bad kids and the parents who struggle with them." I don't really believe there are "bad" kids, but on a certain, more day-to-day level the struggle is real. As a parent myself and a public school teacher, this story came from a conglomeration of moments I've witnessed, felt, and imagined. I didn't personally grow up with a father or father figure, but enjoy working within the genre of fathers who are out of their depth. I wanted to show the father in this story as vulnerable, and also hold the tree as the one who holds the most wisdom, and as a mirror for his shame and frustration. This story did not require as much editing as most of my stories do. I think because the ideas and moments were so at the forefront for me. 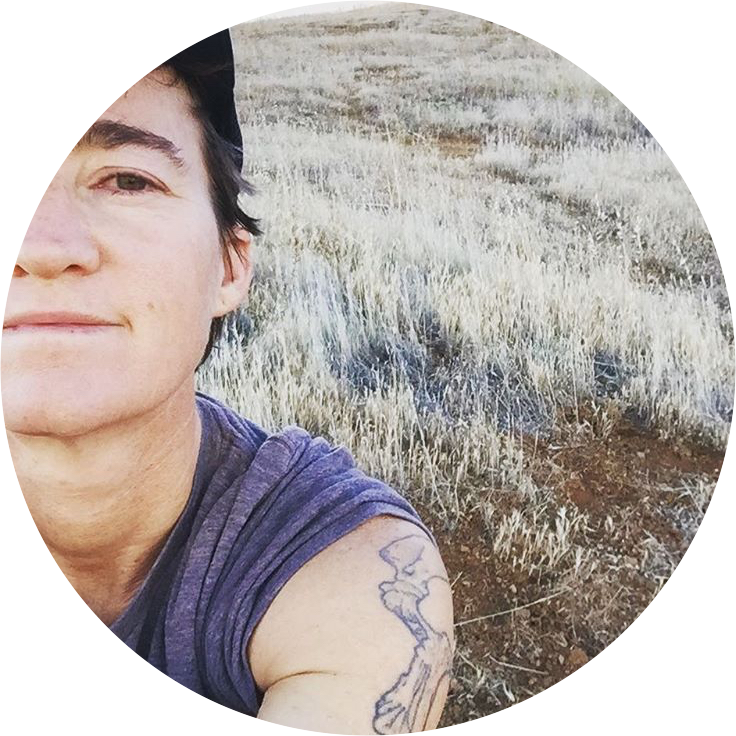 Charlie J. Stephens is a queer fiction writer living in Northern California. Charlie's work has recently appeared in Original Plumbing (Feminist Press), The Flexible Persona, Gravel Literary Magazine, Rappahannock Review, Not Your Mother's Breast Milk, and Nothing Short of: Selected Tales from 100 Word Story. Charlie is currently working on a collection of short stories, as well as their first novel. More at charliejstephenswriting.com.

First appeared in The Forge Literary Magazine and won their 2018 Flash Fiction Competition. It was also named one of The Best Small Fictions 2020 by Sonder Press.
fresh.ink ©2020