Sometimes, I visit my wife's gallery showing just to listen to her pre-recorded mission statement. The raspy quality of her voice played through the loudspeaker reminds me of the way she used to sound after late nights spent together drinking under the stars, our clothes smelling of bonfire.

Since my last visit, a screen has been erected: a square of curtain, where the steward can sit in a makeshift room.

"Hello, in there," I say, jiggling the curtain. After a moment Kristy emerges.

"You're wet," she says, looking at me. I'd seen her here before and she'd seen me, and if I had to guess, I'd say she was somewhere around nineteen. I gesture down to the puddle of water pooled around my feet.

She's confused by my reply, so I smile and realize, parting my lips, that I haven't brushed my teeth today. Maybe she thinks I was mocking her. Running my tongue along my gumline, I mutter something about frames.

"The public are reassured when there is a frame."

Kristy frowns. "Only our small pieces have frames," she says.

"What I meant is, it shows it's finished," I say. "That the artist really means it." The words feel loaded in my unwashed mouth.

"Although, that could still be a lie."

I gaze at one of the paintings, noticing how the grass in the foreground has been carved out with a palette knife. Then shift my attention back to Kristy. The rise and fall of her chest. The white V-neck she's wearing reveals jam-coloured birthmark above her left breast.

"Are you okay? I have a towel back there if you want to dry off," she says. "I got soaked this morning."

Behind the curtain, there is more space than I'd imagined. Kristy goes to a set of storage boxes to retrieve a towel. Her boobs are smaller than Sarah's, but firmer, the kind of boobs that keep their shape without a bra.

"Have I seen you in here before?" she asks.

"I find it a good place to relax."

"In a way," I say. She must sense the hesitancy in my voice because she doesn't probe further.

The space we're in reminds me of Updike's storage room in "New York Girl." There's even a tippy stall in the corner. Licks of Love was an anniversary present from Sarah. The narrator has an affair with a gallery attendant named Jane. If only we could share a cigarette.

"You know that a car the safest place to be in a thunderstorm?" Kristy asks.

She's now opposite me, close enough that she could rest her head against my chest and listen to my heart. She doesn't. Instead, she takes the towel and begins patting at my skin in circular motions, the rough nap of the fabric catching my stubble and from inside our curtained room I hear my wife's recorded voice echo around the rest of the gallery. 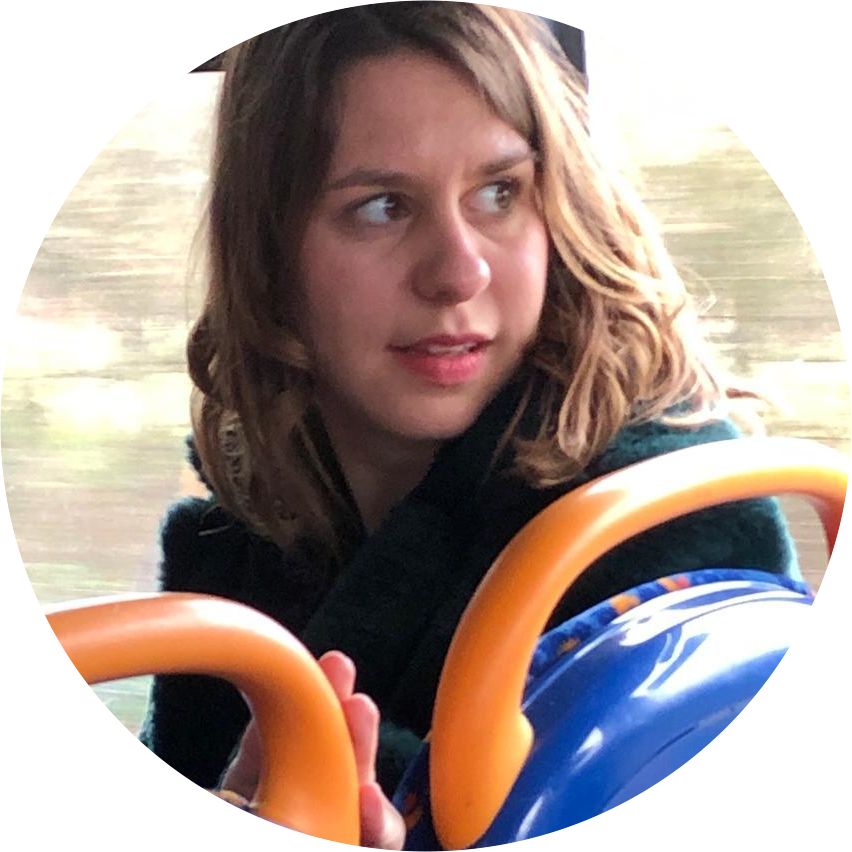 Keely O'Shaughnessy is a fiction writer with Cerebral Palsy, which she sometimes writes about. She is currently an editor at Flash Fiction Magazine. She has an undergraduate and postgraduate degree in Creative and Critical Writing from the University of Gloucestershire. She currently lives in the UK with her partner. Her short fiction has appeared in anthologies, as well as Flash Fiction Magazine, Chaleur Magazine, Flash Fiction Friday, Down in the Dirt, CultureCult, and fresh.ink, and Pretty Owl Poetry.