Our Sky, the Ocean

We were waiting for rain the day my sister stopped talking. We examined the swollen clouds and waited. Mom and Dad prattled on about the football game that was holding up traffic to I-10, the church talent show, the neighbor's runaway Chihuahua, the sandwich shop opening up on Fifth, and the sad state of our garden.

I chimed in from time to time, keeping an eye on my sister as she watered the vegetables. The broccoli and basil leaves were withering up like prunes, and the lettuce resembled the tops of Grandpa's hands. My sister patted the ground and traced the leaves with her fingers, as though speaking to them without words.

The twenty-day drought was right on schedule. It was the middle of August, and droughts often hit the Texas panhandle this time of year. Still, no one was ever prepared.

I nudged Missy, chuckling because our neighbor, Mr. Jerry, was bending over. It looked as though he might lose his pants, and I whispered as much. When she didn't laugh with me, I began to worry.

I asked Missy if she wanted to walk down to the Twenty & Below. We loved wandering the aisles and evaluating the clothes. We'd try on dresses and model for each other, spinning and sashaying and giggling until we were asked to kindly calm down or, if Darling was working, to kindly shut up.

"Come on," I coaxed. After a minute I said, "Do you think it will rain?" When Missy didn't answer, I said, "How much money you think we'll earn if we help Mr. Jerry paint his garage next week?"

I asked more questions, so many I don't remember.

Missy responded with smiles and raised eyebrows, shrugs and tightened lips. She walked with urgency, as though excited, but she didn't make a single sound. It was like someone pressed the button on the remote to pause her.

She smiled with a brightness I wasn't used to.

"Why aren't you talking?"

She examined me with her wide eyes. They were the same brown as our kitchen table, which Dad had stained extra dark, only they had flecks of gold at the edges. I wished I had her eyes. Mine were light blue like the sky on a day with no chance of rain.

Later, we ran around the store and tried on clothes, but my sister never opened her mouth to chuckle. Darling was working. She said, "You girls are being so good today. I'm impressed!" She gave us watermelon candies and instructed us to tuck them into our pockets for later.

My sister didn't appear ill. At dinner, she ate her corn and mashed potatoes like a champ, even licking her plate clean as the rest of us chattered on about this and that. Toward the end of the meal, Missy winked and gestured toward the door.

The air was pregnant with moisture. My parents were talking about who bought the house at the end of the street and why the teenager three doors down got fired from the automotive shop. They talked about how much the cell phone bill would be and what time they'd be home from work on Monday.

"Why aren't you talking?" I asked again.

A year before, my sister had closed her eyes and refused to open them for almost the entire day. She had spent hours feeling around the house to get where she needed to go. After, when she finally opened them, she said that she had been trying out a different way to see.

My sister slipped the watermelon candy in her mouth. She felt the dry earth around our vegetables.

Missy sat down on a patch of dirt and began to carve a message with a small stick. "Try it," she wrote.

I closed my lips, traced my finger over the wrinkled lettuce and looked up at the sky. Together, we waited. I could hear my parents talking about this and that, but after a while, I began to hear the wind too, then the whoosh of cars nearby. I began to understand.

The first drop of rain hit my arm and made all the little hairs stand up. The next drop landed on my cheek. My sister and I leaned back and closed our eyes, listening to the world, absorbing each drop.

Notes from the Author
I often write in fits and spurts, but this story came out in a single sitting. I revised it, of course, but the narrative felt natural and easy. This rarely happens for me, and so I consider "Our Sky, the Ocean" a gift. I'm so happy to share it. 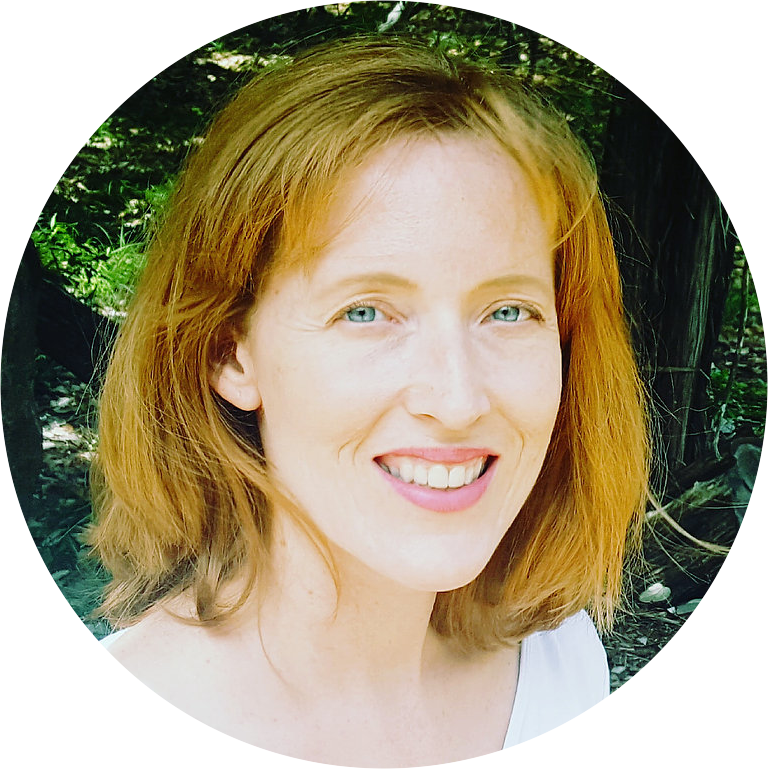