Their hair was smoking. That's what the kid said. Our eager faces crowded around him, marijuana hovered just above the bleachers. He'd seen it all, smelled it all. Watched the Beetle take the curve too fast. Too close to the edge. Saw it ricochet, then go over the guardrail. Watched the firemen climb down the steep hill. Watched the wrecker crew lift the VW from the embankment. The medics showed up, then quickly left. No lives to save here. The coroner van arrived when the kid's acid tab kicked in. Three aliens in blue uniforms lined up in front of what was left of the car. Green heads. Atomic guns. Marvin the Martian style. The fourth, probably the constable, was just a giant glass of orange juice. Every time he'd lean over to flick his pen against a charred ear or forearm or toe, a little of him spilled out of the glass. It all happened right there. Their parents sobbing. News copters hovering. Right there on side of the damn 101. He waited for us to say something. One girl ran off crying. One boy followed her. The rest of us just stood. Where's the kaboom? There's supposed to be an earth shattering kaboom.

On the weekends, we'd skate down to the boardwalk, talk to the cute girls on the tilt-a-whirl, throw darts into balloons for a mirror with four stuffed bears painted over the top. Pop! Pop! Pop! Pop! Every couple of weeks news would come from L.A. or San Francisco or Portland. Dead runaways. Overdose or car accident or suicide. Heroin or cocaine or love. We'd shake our heads. Not us. Not this time. We'd ride The Ricochet eight, maybe nine times, if the cute girl taking tickets let us look down her shirt. Hands up, mouths open, out of minds. Our bodies shifting, butts lifting, stomachs sinking at the thought of going over the edge. Too close.

Our minds filled up with ideas about sex and love, seeping into the corners that had been reserved for cotton candy or GI Joes or Capture the Flag. Song lyrics blasted from our bedroom windows, teaching us all we needed to know. Our parents had given up. Let school handle it. Our bored-out-of-their-minds history teachers mingled war and rebellion. Our stoned-out-of-their-minds English teachers tried Kafka and Shakespeare. But it was Freddie Mercury who taught us about theatrics. The Dead whispered sex. Drugs. We knew the rest. We learned about ourselves in dark, yellowed basements with mold growing up the pastel walls painted with lead. Paisley wallpaper, covered by pinball machines, dank couches, girls in mid-drift shirts. Ethereal dreams of a Black Magic Woman. Monkeys in space. Mercury screaming into a mic, slapped on a t-shirt, resting just above a girl's pierced belly. Sacred. Hallowed ground.

He itched his neck like a flea had bitten just one spot above a mole, below his inflamed left cheek. It looked like a pimple that had just been picked, fingernail trails carved through pus or blood or tears. He sat on the remnants of a cardboard box once filled with Kit-Kat bars. Gimme a break. Gimme a break. My mother pulled me closer to her side and shook her head. A plastic bobble head of deprecation. I pulled away slightly. I was nearly fifteen. My mother's voice was a switchblade to my brain. Stay close to friends. Travel in a group. Don't give money to strangers. She eyed him. Cracked hands and cigarette to his lips. She slipped a $20 bill into my hand and folded it into itself. Home by midnight. No smoking. Absolutely no boys. Hug. Bye, mom. Freedom.

We'd rail against working. We'd rail against our parents. We'd rail against the man. Whoever that was. Whoever we were not. We didn't believe in our own mortality, or we did and we didn't care, or we didn't and we did care. Kids die every day. The news would remind us. Our parents would remind us. Our heroes would remind us. It won't happen, we'd say to each other in hushed voices between lockers, trading thinly rolled joints for dollar bills or condoms or 45s. Chill out. We're different, we know how far to go. Not too close to the edge. Once in a blue moon, our mothers liked to say, things don't go as planned. As if blue moons are all that rare. Why don't they say once a decade or once in the tail of Halley's Comet or in the time it takes your father to decide to loan you the car Saturday night. That feeling of forever. Slow burn.

It was well past midnight. I didn't like the taste of his tongue in my mouth, but I didn't dislike it. His fingers were eager. His breath smelled like cotton candy and cigarettes. His hair was flat against his scalp from sweat. He looked like my seventh-grade science teacher. I laughed. Don't laugh, it's not funny. He fiddled with his zipper. If he didn't have me tonight, he'd just die. Kill himself, probably. I'd done more for less. I'd have done my seventh-grade science teacher. If it weren't for that hair.

Sometime around midnight we'd drive up to Haven's Hill. We'd sit in clumps around a fire, burning branches or twigs or empty Marlboro packs. We'd yell to the black space that made us feel small. We'd have a bump. We'd argue about one hundred proof. We'd have another bump. Molotov cocktails and Soviet cities. We'd take a hit off a joint and pass it. We'd sing. I've seen fire and I've seen rain. We'd yell to not get too close to the flames. I've seen sunny days I thought would never end. Bump. I've seen lonely times when I could not find a friend. Puff. Puff. Pass. But I always thought that'd I'd see you again. We'd fall hard against a log. Can Bob Seger and the Silver Bullets Band really kill a fucking werewolf? Yes, we said. Saw it with our own eyes. It's true. The stories are always true. 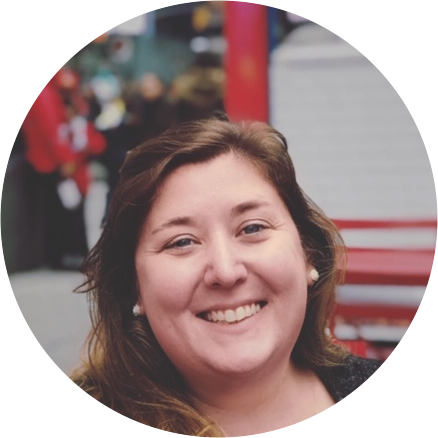 Melissa Goodnight is a recent graduate of the University of North Carolina at Charlotte, with an MA in Creative Writing. She currently lives with her family in Atlanta.